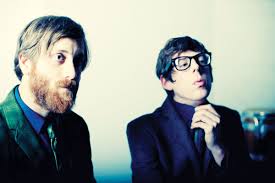 The Black Keys has embarked on an extensive North American tour this fall. Promoted exclusively by Live Nation, the tour began Sept. 5 in Columbus and runs through December, with dates at Toronto’s Air Canada Centre, Brooklyn’s Barclays Center and Nashville’s Bridgestone Arena, among others. The Black Keys will play Time Warner Cable Arena Charlotte on Friday December 12. St. Vincent opens the show. Tickets are on-sale at LiveNation.com, the venue box offices, all Ticketmaster outlets, or by phone 800-745-3000.

The author did not add any Information to his profile yet